The wild flowers are in full bloom in central Texas this time of year, and quite the lovely sight.  A beautiful accompaniment for 100 miles of famous Lone Star State Hill Country in the Texas Gran Fondo.

Fredericksburg, TX was founded in the mid-1800’s by a community of Germans and that cultural background still strongly exists today.  The town is filled with Gast Haus’ and Biergarten’s, so where else would this fledgeling Gran Fondo commence and end but in the Markt Platz in the center of town.  It’s a quaint town and worth the hour drive from San Antonio or Austin, especially if you’re bringing your bike.  It’s also the birth place of one Fleet Admiral Chester Nimitz, our heroic leader of the War In The Pacific. 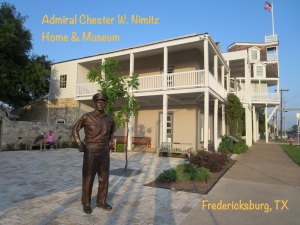 This was only the 2nd edition of the Texas Gran Fondo and as with most new events it has some maturing to do.  However, in terms of a fun and challenging course, this race is a winner.  Rolling  out of the start and for the first hour and a half, I was rather, “meh” about what little scenery I could see through the overcast and spritzzling that started shortly after we did.  That’s bike jargon for spritzing and drizzling.  Really, look it up.  It never actually rained, but there was precip for sure.  At this point I was just hoping I could get through this day without having to figure out how to survive softball-sized hail that the region had experienced the day before.  Ok, not too worried because the forecast was for mostly cloudy and some showers until later in the afternoon when they expected heavier thunderstorms.  This was important in my preparations as you will come to see.

Half the starting crowd for the 100 mile Gran Fondo. The other half are in front of me. It’s a small ride in its 2nd year.

Thankfully the temperature, near 65 degrees,  was warm enough that no additional layers were needed and my rain shell was stuffed comfortably into my pocket.  The only casualty of the elements was my ability to see through somewhat fogged and splattered glasses.  I DO NOT RIDE WITHOUT EYEWEAR.  I can see just fine.  It’s simply a safety issue and one on which I don’t believe any cyclist should compromise.  In all, though very humid, rather comfortable conditions to ride in.  It got down right gloomy for a bit and then the skies to the west, which we were directly headed, lightened.  Just a couple of miles before rest stop #1 and turning to the north, the spritzle had stopped.

I cleaned off my glasses, adjusted my saddle a bit, got some water and perhaps the tastiest rest stop snack I’ve had on any ride.  Even better than the tomato sandwiches in the Back Country Ride.  A sandwich thin with prosciuto and cheese.  I know, simple right?  But glory was that good.  It would be my choice at each stop. 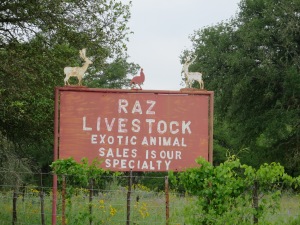 I didn’t know roosters were “exotic” but hey, I”m not from these parts.

I was all stocked up, I could see again and we had turned off the highway we’d been on for 23 miles to more rural roads so I was happy and feeling good.  Now I suppose there’s no such thing as a windless day in Texas and there was wind on that first leg; a dead crosswind out of the south, but it wasn’t till we headed north that you could really tell how strong it was.  My average speed over the next 17 miles jumped up by 5 mph.  Unfortunately, what goes north must turn south at some point and when we did at mile 40 it was right in to 15-20 mph winds.  It is somewhat disheartening to suddenly go from easily maintaining speeds in the high 20’s to working your legs off to keep it over 11 mph.  Time to ease in to a rhythm and enjoy the scenery.  Much easier to do now that the sun had come out, we’d made our way to back country roads and the scenery slowly but surely worked it’s way in my beholder’s mind from “meh” to “beautiful” without really changing much at all.  It was right about here it struck me there’d been wild flowers along the roadside nearly all of the last 40 miles.  Nothing like proverbially stopping to smell the roses. 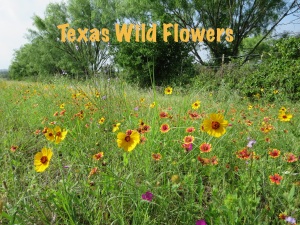 This southbound stint was a short one, but I knew there were longer bouts with the wind to come.  I was also starting to notice it was getting’ pretty steamy.  After 2 hours with it blazing down upon us I started thinking the rain shell which had yet to come out of my pocket would have been better replaced with some sunscreen.  Damn weather GUESSERS.  Remember how I said this was an event which needs some maturing?  Sunscreen at rest stops is one perk learned from experience. 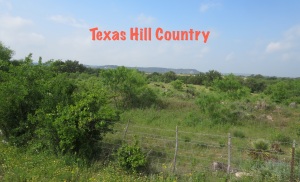 At mile 50 came round two with the wind, and it made everything before seem trivial.  A four mile leg on Hwy 87, it runs through a valley, climbing nearly the entire way, and DEAD into the wind, which by now was easily gusting to 25-30 mph.  On any given day the climb, though lengthy is nothing major.  At most it topped out at 8% grade and that was only a very short piece.  It averaged around 3-4%, but in temps now reaching near 90 degrees and the unrelenting headwind, it was a long and BRUTAL 4 miles.  I was ecstatic to see the rest stop at the top.

Maturity lesson #2.  There are only a couple of “Unforgivable errors” in race support in my humble opinion and here was the grand poobah of them all.  NEVER run out of water at a rest stop.  For all you budding race organizers out there, have twice as much water as you think you need and then add 20%.  I luckily arrived while there was still some left and managed to fill both my bottles.  I also grabbed another of those amazing prosciuto sammies.  Not realizing they were that close to empty I drank half a bottle before getting back on my bike, only to find the jugs had run dry.  Off I went, mostly refreshed and not too concerned since, with another downwind leg ahead and figuring the next rest stop would be about 20 miles I didn’t foresee a big problem.  Much like the sunscreen, not much I could have done about it anyway.  I don’t recall passing a single convenience store or any sort of establishment to purchase refreshments along the entire 100 mile route, except in Fredericksburg itself.

At mile 74 we made our last turn south with essentially the remainder of the route home into the wind.  Worse yet, it clouded up for all of about 5 minutes with nary a drop of cooling rain, the temperature reaching 95 degrees by my Garmin.  Oh yeah, I’m gonna be lobsterfied after this one.  And no other rest stop yet.

I had precious little water left and a few daunting hills on what ended up a most awesome, back in the middle of nowhere, beautiful, if I weren’t rather concerned about dehydration and overheating, never mind extremely perturbed with the race director for not having more rest stops or even the ones they advertised, road.  I passed a couple of zombified riders, all of whom were also out of water, as I was now, also pissed off and also unsure if there was a rest stop coming up anywhere in the last 20 miles.

Finally, in the tiny little hamlet of Crabapple, which is to say, an old barn and a church, at mile 84 was the final rest stop.  Only 29 miles from the last one.  Let me tell you there were some rather unhappy riders there when I got there and I knew a few more not too far behind me.  Here they were not in danger of running out of water, or food for that matter and I hope the volunteers took comfort from our coming in grumbling, and at least on my part, leaving much happier.  I made sure to thank them profusely for volunteering, once I got about 2 liters of water back in me.

This is still early in the season for me for a ride of this length and despite my training all winter and coming in to this in the best riding shape of my life, after 85 miles the wind, heat and humidity had taken their toll and I was about spent.  I’d eaten well and hydrated well, considering the aforementioned issues but there’s no acclimatizing to heat and humidity unless you train in heat and humidity, which is only now beginning here in DC.  So not having much push left in my legs made the last two climbs more significant than their profiles would indicate and there was much rejoicing in my head when I crested the last and had but a few miles of relative flat to spin to the finish.

Now that I haven’t collapsed in a shriveled heap, this really was a fun race.  It’s got some growing pains to go through and I hope they learn the lessons that I know all the riders will pass along and continue to grow.  This could become a marquis ride, with a really great course and a fantastic destination to visit.  Good Luck Texas Gran Fondo……  Yee Haw!!!

It’s time to get this show on the road!  Spring has sproinged; 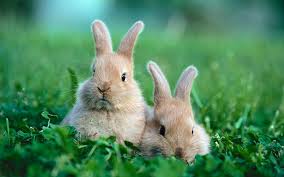 Quacks are quacking (and practicing medicine); 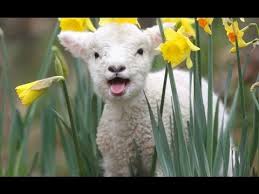 And bicycles are rolling!

It’s Gran Fondo and Century season once again and I’m getting an early start.  Well, sorta early.  I did pass up a few worthy April rides for some other priorities but now it’s time for me to get a ridin’!

In the next 38 days I will be riding two Gran Fondos (or is that Fondi?) and two Century rides. First up, this weekend, is Texas Gran Fondo around Fredericksburg, followed by Mountains Of Misery (VA), Ocean State Tour De Cure (RI) and Vermont Gran Fondo.  All this, assuming my legs don’t fall off.

I’ll throw in another pitch here for helping my train get out of the station, or reach the starting line, really.  If any of this might tickle your generosity bone, any help you may see fit to send my way is unquestionably and greatly appreciated.  It’s easy, here’s how (click on the image below):

Welcome and thanks for visiting. My name is Paul and I'm glad to have you along on my adventure.