When first I conceived of this whole 50 Rides thing, one of my basic tenets was to avoid the larger, well known sponsored rides.  Not a hard and fast rule, but a plan from which to deviate, and not because I have anything against them, but because I figure that they have plenty of support.  However, when it came to Rhode Island, there is only ONE ride of sufficient length which remains entirely within the state borders, which is one of my hard and fast rules, so, the Ocean State Tour De Cure it was.  Makes the decision pretty easy.

The ride Start/Finish was on the campus of the University of Rhode Island in South Kingston.  Tucked out of the way and removed from the far more touristy areas of RI, it made for a perfect venue.  Easy to get to and plenty of parking.  I stayed at The Stagecoach House Inn, a cozy little inn about 15 minutes west, in the tiny town of Wyoming.  After arriving in the early afternoon and checking in, I headed over to the campus to check out the layout and logistics for the next morning.  There was no packet pick-up the day before; a planning factor I tend to dislike as that disrupts my pre-ride routine.  Then I took the rest of the afternoon and early evening to explore Newport, a fantastic and beautifully historic city.  If ever in this part of the country most definitely spend a day or two.  I had no idea that RI, and particularly Newport is one of the most affluent communities in the country.  Just drive around the southern portion of the city.  The mansions are spectacular.

But anyway, on to the ride.  I must say, summer weather in New England is so much more pleasant than the un-godly heat and humidity of northern Virginia.  Particularly for riding.  In fact, it was cold (for me) at the 0700 ride start, at 48 degrees.  Brrrrr.  It did warm up nicely throughout the day, topping out in the mid 70’s and with plenty of sunshine and very little wind, it was a perfect day for riding.I was somewhat surprised at the small crowd gather for the start.  I don’t think there were 200 of us there.  I expected under the TDC banner, there would be many hundreds more.

A Charming Home In Westerly

Overall, this was a nice ride.  While there was nothing awe inspiring, the roads, for the most part were nice.  Several miles are along major and heavily trafficked roads, though there were ample shoulders or bike lanes throughout these sections.  Three areas stood far above the rest in terms of scenery.  The first, the town of Westerly is a charming New England town.

A Charming Home In Westerly

Shortly after passing though you reach the coast and the town of Watch Hill,  riding along the shore through Misquamicut Beach.

This is the second of the really memorable sections of this ride, especially with the sun shining, the wind NOT blowing and the vivid blues of the sky and sea.

Heading north again off the water will take you back up through the “hilly” parts.  Now look, it’s Rhode Island, so “hilly” is certainly a relative term, but you will be surprised, by the end of this route, how hard you’ve worked your legs up and over 4300 ft of climb.  With pleasant, but not especially attention grabbing scenery I was not paying close enough attention to the road and ended up missing the course markers painted on the road as I descended into the town of Wakefield.  When the road came to a “T” with no marks on the road I was a bit perturbed.  How far was I going to need to backtrack to find my way?  Turns out, about 2.5 miles.  Well I was definitely going to get 100 miles in on this ride, despite the “course” being a bit less than triple digits.

Finding my way again, I’d merely missed a turn which took us off the main road, but still through town, you head back down south to the water, the third of the notable parts of this tour and the southernmost point at Point Judith Light. 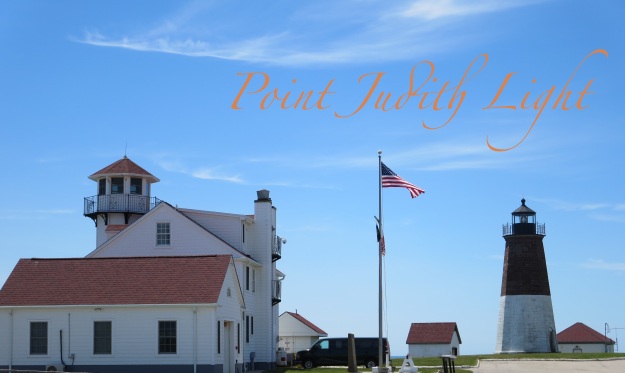 I took a few minutes here for a little rest and to enjoy the scenery.  And of course, a photo op.  Three quarters of the ride done I had one more rest stop, just ahead to eat my last snacks and take on water for the final push.

From Point Judith you head north through Narragansett before eventually turning off the water and back to the forests and farmland.  While in itself this is not an overly taxing course, I tended to make it a challenge by riding a bit harder than I typically do.  Not overspent by the end I was certainly glad to cross the finish.  No matter what the course is like, riding 100+ miles is never easy.   After just over 6 hours on the bike I, and certainly my posterior, we happy to be done.

Welcome and thanks for visiting. My name is Paul and I'm glad to have you along on my adventure.